submitted, but the goods haven’t been released for the procedure.

This means that each declaration shown on the ‘In progress’ list is in one of the following states:

If you click a declaration row, the system opens the ‘Summary and submission’ page of the

e.g. a response to a request for additional information sent by Customs.

to the declaration. When you click this icon, the document opens in a new tab. 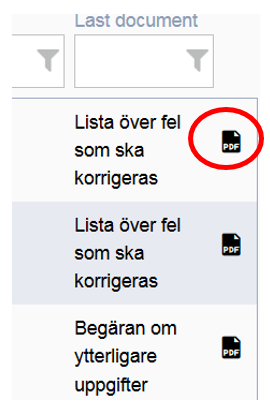